Flour created to glorify the authentic, original varieties of Italian grain from the past. Our new stone-ground ANCIENT ITALIAN GRAIN FLOUR comes from a selection of national ancient grains, from different areas and different harvests, mixed together to obtain the perfect blend. A coarse, unrefined and versatile flour, ideal for all culinary uses, from sweet to savoury recipes, which allows you to make quality products, rich in flavour, with more intense aromas and good nutritional standards.

SENATORE CAPPELLI: At the beginning of the 1900s, Senator Raffaele Cappelli allowed the geneticist Nazareno Strampelli to carry out some research and experiments on his fields in the province of Foggia. This is how this autumnal variety with good adaptability was selected, and in 1915 it took the name of Senatore Cappelli. This durum wheat, which is particularly widespread in southern Italy and the islands, is characterised by its blonde spike with a dark awn, particularly tall compared to other grains, and by its high digestibility

SPELT: Spelt is one of the oldest cereals cultivated by man, and was a staple of the Roman armies’ diet, as it is easy to cultivate and rich in nutrients. It is different from other types of wheat due to its high protein, antioxidant, vitamin, zinc, iron and phosphorus content; the excellent nutritional profile of this cereal, along with its easy digestibility due to its low gluten content, means that products made from it are ideal for daily use.

GENTIL ROSSO: Gentil Rosso is an ancient variety of grain that was cultivated in Italy at the beginning of the 1900s, and was the most-grown grain throughout the peninsula for 30 years. It has a reasonably tall spike, which, when it matures, tends towards a reddish colour. Like all of the ancient grains, it has a good level of protein, more digestible and with more nutrients, but with little gluten.

FRASSINETO: An ancient soft wheat, sown in the autumn, which was widespread until the beginning of the 1900s in many of the central and northern regions of Italy. It is a vigorous variety, like the majority of the ancient grains, and very tall – sometimes even over a metre and a half. It is low in gluten, but with a substantial percentage of protein, making products more digestible.

VERNA: A name that comes directly from Mount Verna in Casentino, one of the valleys in the province of Arezzo, where this type of grain was cultivated by the Casentino monks. This is a soft wheat with a modest gluten content, characterised by its high digestibility and its unmistakable rustic flavour. 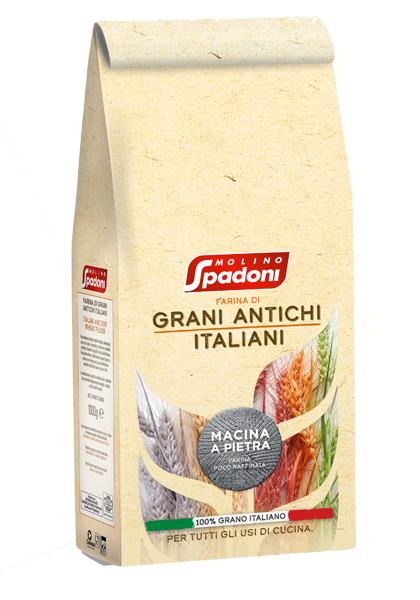 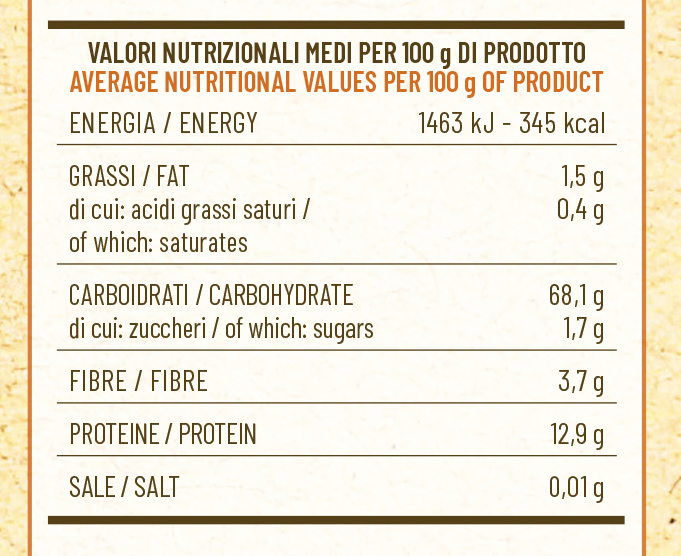 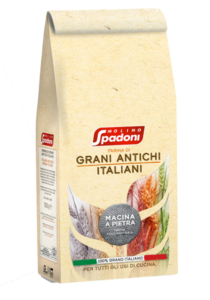 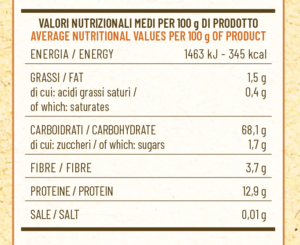 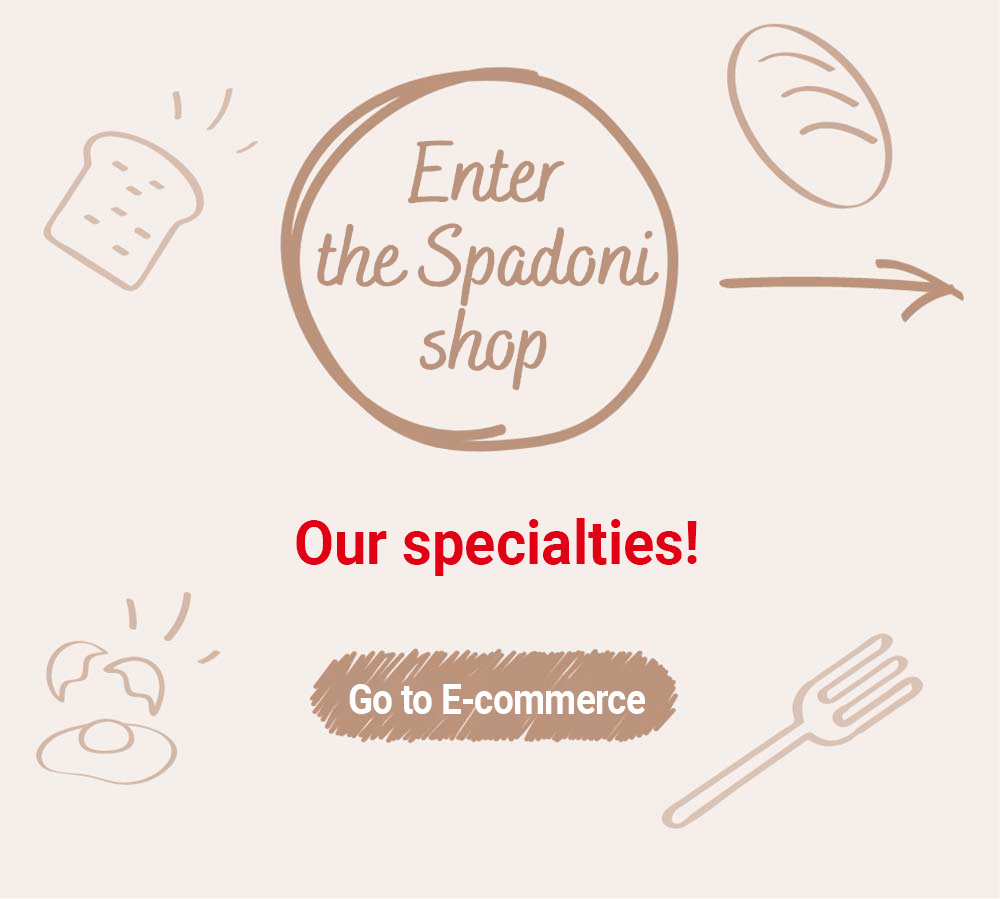 Choose which cookies you would like to allow. You can change these settings at any time. However, this could lead to some features not being available. For information on how to delete cookies, please consult the help function in your browser. FIND OUT MORE ABOUT THE COOKIES WE USE. CLICK HERE

By clicking on the icons, you can enable or disable the various types of cookies: